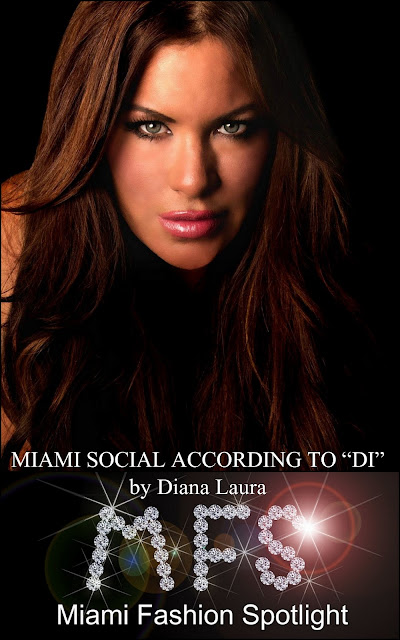 Miami Based actress and model, Diana Laura will be one of the “Celebrity Columnists” of Miami Fashion Spotlight (The Next Great Fashion Media) with her most anticipated column: MIAMI SOCIAL ACCORDING TO “DI”.

The diva and renowned socialite of our city will be writing articles about local celebrities, Socialites and Philanthropists.

Welcomes Diana to our savvy staff of writers!
Profile of Diana Laura:

Diana Laura is an Artist, Actress, Model, Spokesperson, Animal Activist, President of Women in the Arts Miami and a very active Philanthropist.  Diana has not only held her own in major motion picture productions but gained the respect and praise from industry insiders such as Michael Bay, Steven Bauer, John Leussenhop, Hart Baur , Jonathan Vinazza and Sean Patrick Hill.

According to many of her costars, producers, and directors, the sky is no limit for this starlet who has incredible range, intense concentration, and a steely determination to be involved with projects that challenge her professionally with wide-ranging subject matters and characters. Currently Diana Laura is working on publishing her first book, her new art collection and she will be featured in several films that are in the works in Miami, Florida and Italy.