Dwyane Wade makes it to the finals: Where is he getting that new style from? 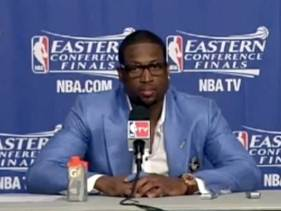 Everyone is wearing them but where are they getting them! Whether they need them or not, eyewear has become the hottest new accessory, a fashion statement for most, just look at Miami Heat’s Dwyane Wade. NBA players are now establishing fashion trends. 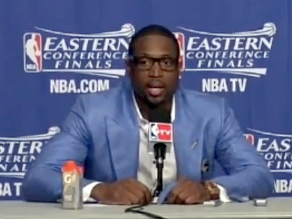 After Saturday’s victory against the Boston Celtics, Dwyane Wade once again made a statement during the Miami Heat press conference. The question on many viewers mind is whose frames is he wearing? On Saturday, Wade was sporting the collection by Brazilian eyewear designer, Edward Beiner.

The frames by Edward Beiner Purveyor of Fine Eyewear are called, MERRICK, and are among the most popular of the Spring–Summer 2012 Collection. This collection is driven by a tireless passion, originality, authenticity and innovation of his designer.

Born in Brazil and raised in many countries around the world, Edward Beiner is one of the most successful entrepreneurs in fine eyewear, who offers today’s aspiring lifestyle-oriented customers the most unique collections for superior eyewear coupled with an unparalleled customer experience. With clients that include LeBron James, Heidi Klum, Alicia Keys, Jason Derulo, Chris Bosh and Dwyane Wade, Beiner is no secret to the stars. For those celebs traveling throughout Florida, they are sure to walk in or send their stylists to one of Edward Beiner’s boutique locations. Edward Beiner’s Eyewear has also been featured on some of television’s hottest series including Glee and Burn Notice. 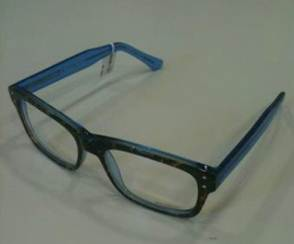 All images: Courtesy of Levy Communications.