Viviana Gabeiras is a Venezuelan designer who has become a Miami icon in the past few years.
Renowned for her handiwork with luxury knit and mesh fabrics, Gabeiras has been celebrated as a leader in the mesh contemporary market for more than 12 years with her brand “Petit Pois by Viviana G” (made in USA) marketing a new “Boom- Boom Real Women,” with collections that professed a marriage between fashion and functionality.


MFS- In this “melting pot” that is Miami, is there any city or culture that influenced your 2014 fashion trends?

“Yes, it was Berlin, said Gabeiras. “When I finally visited Berlin in 2013, the first thing that fascinated me was its architecture and the clean modern contemporary look but yet “fuse in time with so much past history,” and enjoying both past present in one look. Berlin has become one of the most fashionable and upcoming cultures with contemporary designs, music, museums and celebrities due to its historical legacy that has made Berlin “The It” City and now is also popular for international films.”

MFS- What did you like the most about Berlin?

“Its fashion, of course. The City has transformed into a cosmopolitan of old and modern place and one of the most trendy to visit. The first Berlin Fashion Week took place in 2007, and now is the place to be for the European Fashion Industry,” added Gabeiras. “Since German reunification in 1990, and once again as the capital of all Germany, Berlin has been enjoying a big dose of global wealth, style and a growing economy on high tech; leading to be known as a fashion city adding the contemporary and hip people.”

MFS- Tell us a little more about the strongest trends for 2014?
“It will be leather like fabrics and textures that feel and move as leather, furs, art inspired prints, athletic influence, metallic fabrics and colors, sheers, spicy and exotic prints due to the influence of Globalization from Morocco and India. A new grim grunge style but more sophisticated with a classic edgy, printed suits either soft or structured,” said Gabeiras.

MFS- Is there any exclusive collection that will be named after your experience in Berlin?
“Berlin is clean and edgy, and hard core and yet the traces of such past, where its people have managed to live together as one but feel both at the same time. These feelings and surroundings inspired me into a new vision for my new Fall 2014/15 Revolution Collection that I will launch in Vegas under my new label “Viviana VG Gabeiras”– I can’t tell you more,” added Gabeiras smiling.

MFS- Outside the fashion trends, could you make any prediction for 2014?
“It will be on traveling, the new mobile concierge, and a new incredible target market, “The Panks” (professional aunts, no kids) traveling with their nieces and nephews and spending on them,” added Gabeiras. 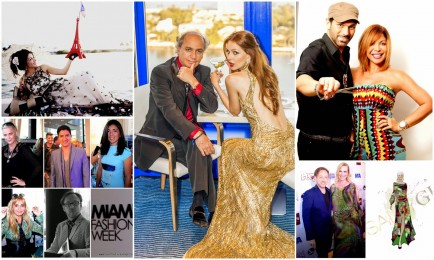 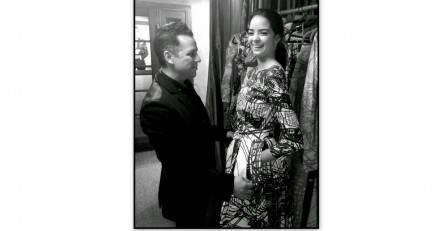