Gian Luis Bacardi, heir to the Bacardi global spirits and beverage conglomerate, will celebrate his engagement to fiancé, Kazandra Vega, on the evening of January 12, 2013 at the newly-opened Safi Restaurant in downtown Miami. 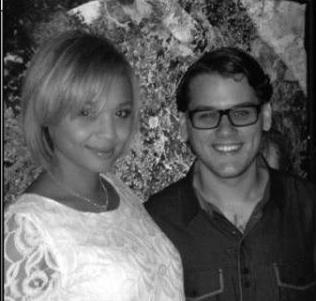 Along with commemorating the love story of the young couple, the evening will serve as an occasion to honor the charitable work of eight distinguished South Florida women and support Food for the Poor, an applauded non-profit that Gian’s mother, Kimberly Bacardi, has championed for many years.

In lieu of gifts, Gian and Kazandra have decided to use the occasion of an engagement party to raise money for Food for the Poor’s continued efforts to help those in dire need in Haiti. A minimum donation of $75 per person is requested from all guests. Those under 25 are asked to give a minimum donation of $50. Shoes in new or wearable condition placed inside of plastic bags will also be collected and delivered to Haiti by supporter Watson James and Golden Digital, Inc.

The eight female honorees are all women who have made exceptional efforts to support Food for the Poor, Kim’s Good Karma Group (a group of like-minded charitable people and companies started by Kimberly Bacardi), as well as their own personal philanthropic passions. They include:

http://mobileeventstreaming.com/social.html you can view this event all over the world 7 to 11 PM LIVE!