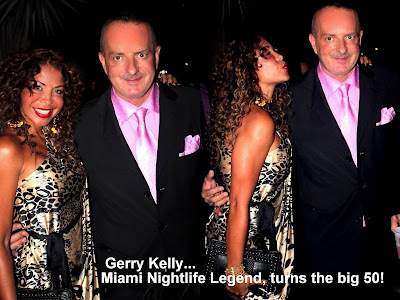 Gerry Kelly, hailed as ‘The King of Miami Nightlife‘, officially announces his “ROYAL Birthday X-TRAVAGANZA” on Saturday, June 23 at Trio on the Bay, located at 1601 79th Street Causeway.

A Former Couture Fashion designer, Kelly has played a significant role in placing South Beach and Miami, on the world’s nightlife map and has been credited for opening some of the most incredible hotspots in the Southern United States. Venues include, Sean Penn’s Bash, Shadow Lounge, Level, Karu & Y and The Fifth, to mention a few.

Trio on the Bay will play host to the Royal X-Travaganza–the venue will be transformed by the acclaimed set decorators 3DX Design in majestic red and magnificent gold colors. Kelly has also teamed up with choreographer and producer, Pamela Canellas to present a bevy of breathtaking shows with the royal touch of “pomp and circumstance.” Musical orchestration for the evening by DJ Smiley spinning open format on the patio and DJ Nyx spinning Studio 54 classics in the main room.

This X-Travaganza also coincides with a birthday of another kind. That evening, SXLiquors will proudly welcome into the world a new range of five super sexy vodkas. The groundbreaking spirits, whose names are derived from the Spanish words describing the colors of the vodkas and their bottles, feature vibrant tastes and bold hues. They are the latest offerings from South Florida-based SXLiquors, which also produces tequilas and rums infused with sensual and exotic ingredients.

For guests that would like to dine before the celebration, Trio on the Bay has created a special 3-course menu, for $39 per person. The official celebration begins with Red Carpet arrivals at 10:00 p.m. followed by an open SX Cocktail Reception until 11:00 p.m. For table service, Trio on the Bay will provide SX bottle specials throughout the evening (2 bottles for $250). 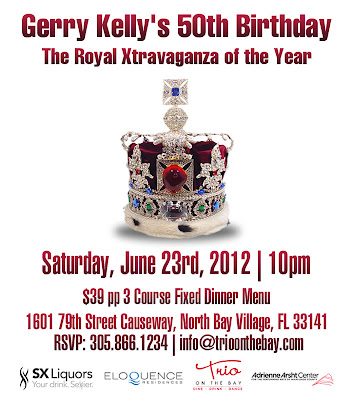