Music Group ‘G-One’ brings their sound to Miami on June 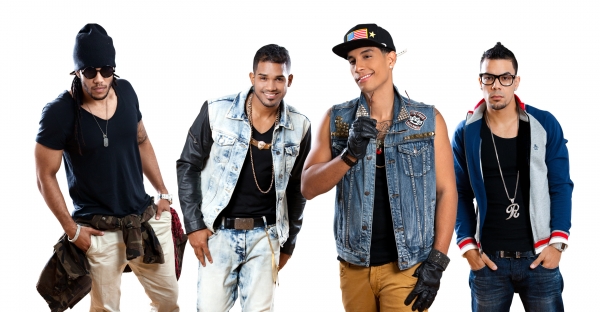 G-One was established in 2009, after the group was endorsed by Daddy Yankee and after the involvement of two of its members on the reality show “Reggeaton With Flow” in their native Puerto Rico, where they managed to awaken great admiration and affection among the public, the media and social media platforms.

Currently promoting the theme “No Hay”, a mix of rhythm and lyrics that invites you to dance with an urban music label; the single is articulate, funny and quite commercial.

G-One made strong impact in Venezuela, ranking in at #14 in “Reporte Musical”, preceding artists such as Daddy Yankee, Carlos Vives and Michael Teló.

This summer, the group plans to present the production “Welcome to the Ghetto” and by the end of the year the anticipated release of their next album which is currently being produced by DJ Eliel, creator of hits like “Pobre Diabla”, “Just the way down” and “Danza Kuduro” by Don Omar.