THE VICTORIA’S SECRET FASHION SHOW will return to CBS airing on December, 10 2013 at 10 PM Eastern / 9 PM Central just in time for the Holiday season.

The Victoria’s Secret Angels starred in this annual holiday lingerie runway show, which included musical performances by special guests like Taylor Swift, pink carpet interviews with celebrities, model profiles and a behind-the-scenes look at the making of the world’s most celebrated fashion show.

FASHION SHOW SEGMENTS & OUTFITS: The bras and panties you see in the show are from Victoria’s Secret. If you go to VictoriasSecret.com/FashionShow, you can buy bras, panties and other Fashion Show items that are featured in the show and inspired by each fashion section.

British Invasion – This was the opening section of the show. An explosion of all things British — where bright, youthful musical movements and Rock n’ Roll rubbed elbows. It was homage to Victoria’s Secret brand heritage. This section featured Candice Swanepoel wearing the $10 million Royal Fantasy Bra designed by Mouawad.

Birds of Paradise – Graceful incarnations of rare birds inhabited this section of the show. It was the elegant solution to a chic reinvention of the iconic Angel wing. It was seductive, consuming and opulent.

PINK Network – It was the mood of urban hipness and unapologetic fun in a fashion graffiti mural that springs to life. PINK Network used clever, cutting edge social media references in a way that was fresh, fun and fabulous.

Snow Angels – This was a mystical finale that celebrated the iconic Victoria’s Secret Angel, in a dreamlike, mystical winter wonderland. Feathery and fluffy. Bedazzled and breathless.

The runway also brought the Fantasy to life with elaborate set designs, dancers, and lots of sparkle. To add even more glitz and glamour, the runway looks included over-the-top lingerie embellished with SWAROVSKI crystals.

VICTORIA’S SECRET BEAUTY
The hair and makeup was an essential part to complete the all-over radiance of the Victoria’s Secret runway look. This year, it was all about looking like an Angel – glamorous makeup, big and full hair, and a healthy glow from head to toe! Confidence and irresistible sexiness shines from within – especially when you are walking down a runway.

The beauty team was led by makeup artist Tom Pecheux and hair stylist Orlando Pita. The VS Pro teams completed the head-to-toe look with VS Makeup and GHD pro tools for the perfect runway ready look.

HOW THE ANGELS PREPARED FOR THE FASHION SHOW:

Our workouts were really amped up before the show so we look and feel our best. Our workouts along with a balanced, nutritious diet really help us keep our energy up and feel sexy all around.

All of the Angels trained very hard for the VS Fashion Show. Fans can follow along with how we get runway-ready at VictoriasSecret.com.

It has exclusive content, including Supermodel and Trainer tips, weekly workout videos, and of course workout looks from the Victoria’s Secret Sport Collection.

WHAT WAS NEW FOR THIS YEAR’S FASHION SHOW:
It is over-the-top glam as ever, but there are more ways that our fans can connect with the Fashion Show!
On the Fashion Show page VictoriasSecret.com, you can follow along while you are watching the Fashion Show to get the inside scoop, model info and more details about what you are seeing as the Angels and musical acts hit the runway. Fans can tweet, share and vote for their favorite outfits.

Plus, before check out the Pre-Show on VictoriasSecret.com. It will air at 9 PM EST, which is one hour before the broadcast of the December 10th TV Special on CBS.

It’s been named “the lingerie event of the century.

It’s the most-watched fashion show around the world.

The Victoria’s Secret Fashion Show draws global attention and admiration for our brand. It has aired in more than 180 countries and generates worldwide press.

The show has been filmed in major US cities including Los Angeles, Miami and New York.

It began in 1995 in the ballroom at the Plaza hotel in New York City.

The Fashion Show hit the international stage at Cannes Film Festival in 2000.

To get all the latest updates on Fashion Show, go to VictoriasSecret.com/FashionShow and follow us on Twitter and Instagram with #VSFashionShow, 12/10 at 10pm ET/PT on #CBS @VictoriasSecret.

Behind The Scenes
Red Carpet 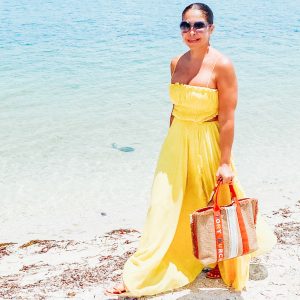 “ The happiness of your life depends upon the qu