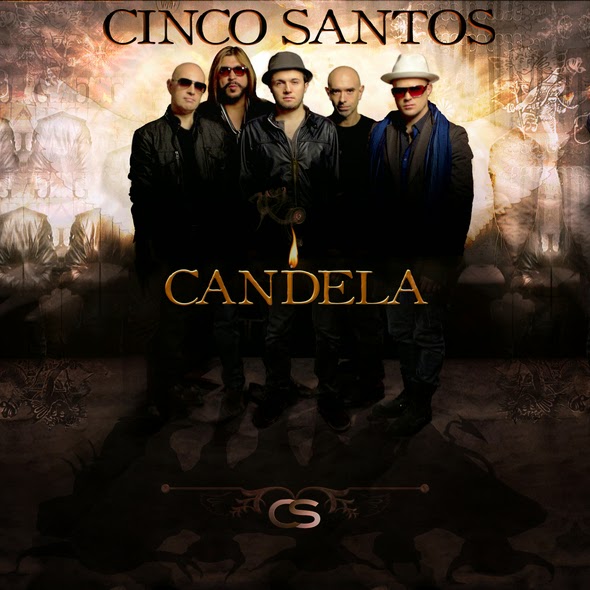 Five musicians, from five corners of the world, United by a single passion… the music, they are Cinco Santos who are excited to announce the launch of their album debut, Duplicidad,on April 29 and how spearhead present their second single “Candela”.

Cinco Santos appreciate the cordial invitation to participate on the May 4th Celebration at the Plaza Mexico in Lynwood, CA; where will perform live playing his hits and part of his new album entitled “Duplicidad” that will soon be released.

Their new track “Candela” is a fusion of renewed sounds of rock, Latin, pop, Spanish guitar, Latin rhythms to create a contemporary and amazing sound. Its lyrics and melody are hilarious, infectious and seductive. That union and the collaboration of the entire band in the creative process is what makes unique vibe of Cinco Santos. Candela talks about the desire, the search for love and life in the city. This is one the favorite songs of the band, since the musical style is a fusion of influences from each of the members of the band.

“In the video, we wanted to reflect the personality of the band. “We felt that this mixture of images was a good way to convey the emotions and passions that we had in mind when we write and record ‘candela’ song” -” Commented the members Cinco Santos

The music video was made by their Director Lamar Sulaka OC Films. Scenes were filmed while they are rehearses, they conducted at Swing house Studios in Los Angeles, and added images of different video shots around the city of Los Angeles, as well as daring pictures of a sexy and sensual girl.

“Candela has certain intensity and a unique rhythm, so I edited the music video to make it coincide with the feel of the song, and the theme of the lyrics. We started with the band kicking off the song, add in some scenes of the life of the city, and as a finishing touch a beautiful young blonde a bit naughty of would leave more than one to your imagination. Candela approaching burning heat and passion, but we wanted to feel more about the temptation of passionl” – Lamar

“The video shots of the band, were scenes showing the personality of the members of the band because they are very passionate about their music. They are excellent to play live and that magic is successfully impregnated in the music video”.

Cinco Santos is preparing to release their album “Duplicidad” very soon.”This album has been our inspiration, starting with songs that we heard from children to personal experiences of the band members” say Lorenzo, Daniel and Willard of Cinco Santos band. -. “We hope that our music turn on the same emotion in you that enkindled in the band. We have been fortunate to work with exceptional sound engineers in Los Angeles, wait our album very soon”.