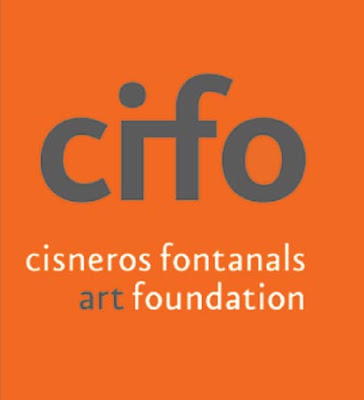 Miami, Fl –The Cisneros Fontanals Art Foundation (CIFO) is proud to announce the recipients of this year’s Grants & Commissions Program. As it is customary, the winners will also be part of the annual exhibition dedicated to the Program at the CIFO Art Space on august 28th.

CIFO’s Grants & Commissions Program offers opportunities to up to six emerging and three mid-career contemporary artists from Latin America to develop and present new work to local and international audiences in Miami. The artists are nominated each year by CIFO’s Honorary Advisory Committee of leading art professionals, curators and artists from Latin America, the United States, and Europe. After a rigorous review process, the recipients are chosen by the Selection Committee and ratified by CIFO’s Board of Directors.

The Program has been known to springboard recipients into the next level of their careers. The Grants award recognizes outstanding special projects by emerging artists, while the Commissions award honors the trajectory of mid-career artists. This year the Foundation presents a special Achievement award, recognizing the contributions of established artists who would benefit from significant international exposure and recognition.

Milena Bonilla is a Colombian artist that resides in Amsterdam. Her work questions the paradoxes caused by how ideologies transfer to our daily lives. For example, when she re-wrote Capital by Karl Marx with her left hand or when she studied how animal behavior does not obey geo-political barriers.

Benvenuto Chavajay González comes from a new generation of Central American artists. He draws inspiration from many contextual realities in order to produce work that is based in the cancellation of objects as they relate to the violence that surrounds them. Benvenuto is also part of Miami’s Cannonball visiting resident Program.

Jorge Méndez Blake is one of Mexico’s best known artists. He is currently researching the possibilities of the written language within the spectacle that contemporary art has become.

Sofia Olascoaga is an artist and curator that present a new idea. Her work is based on the study of utopic communities that still exist in Mexico, much like the one she grew up in. Her work will be the result of her very intimate views and studies.

Manuela Ribadeneira has demonstrated a special attraction to understanding and exposing the poetry behind every instrument and utensil. For this particular exhibit, she will concentrate on sailing instruments and their influence on the uncertainty of our existence.

Santiago Villanueva from Argentina will take the Mnemosyne Model from Aby Warbug in order to reinterpret a forgotten chapter in Argentina’s art history.

Mid-Career Artists
José Gabriel Fernandez is one of Venezuela’s most underrated artists. With a career that spans over 30 years of uninterrupted work, he will be presenting an articulated mural that stems from his studies in bullfighting and the matador’s cloaks turned into refined abstract models.

Laureana Toledo has accumulated a trajectory as an international artist. She will be presenting a project that consists of an analysis of historical places and childhood memories.

This year the prestigious Achievement Award goes to Antonio Caro, one of Colombia’s greatest pioneers of experimental art. This almost mythological figure in Latin America is highly recognized by press around the world. He has produced very few works during his almost 40 year career, and this will be a rare opportunity to see some new work.

“CIFO remains committed to maintaining investment and supporting contemporary artists from Latin America,” said CIFO Founder Ella Fontanals-Cisneros. “On the 7th edition of the Grants & Commissions Program, we are very proud to honor this year’s award recipients who are creating some of the most challenging and innovative work today. These awards serve as a testament to the artists’ skill, creativity and vision.”